Over gassed or over pressured guns:  What can you do to fix them?

There’s a set screw to close off the port to allow only a certain amount through the gas port of your barrel into your gas tube that cycles your bolt.  There’s many companies out there that make them.

Pro Tip: the easiest “field expedient” way of adjusting a gas block is by observing where the firearm is throwing the spent brass.  Shoot 5-10 unsuppressed rounds and see where the spent brass is. It should typically be making a “grouping” at a 3-4 o’clock position.  If adding a suppressor moves that group up to a 1-2 o’clock position, you’re getting too much gas and the casings are coming out so fast they are hitting your deflector and bouncing forward. Constrict the gas block to allow less gas into the action and you should be spitting spent rounds back at the 3-4 o’clock position again.

For the more technical minded people, force divided by mass gives you acceleration, so if you increase the mass of the buffer – – you can slow down the cycle of the bolt 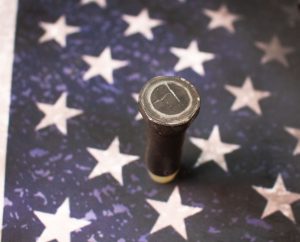 It also Means, increased lock time, the longer the bolt stays locked up in the chamber,  the better you will be.  The quicker it unlocks, the more problems you have.

By adding a suppressor, not all but most of them, you increase that bore pressure.

Brass gets beat up/ejector swipes/Blown primers/Primers Flattening/Primers Cratering/Lower receiver gets gouged by bcg/Spring wears out quicker/Buffer has indent from bcg/Double feed, where the bolt travels so fast that it doesn’t have time to eject the spent shell before it picks the new one up out of the magazine.